Hairography will one day be a recognised sport 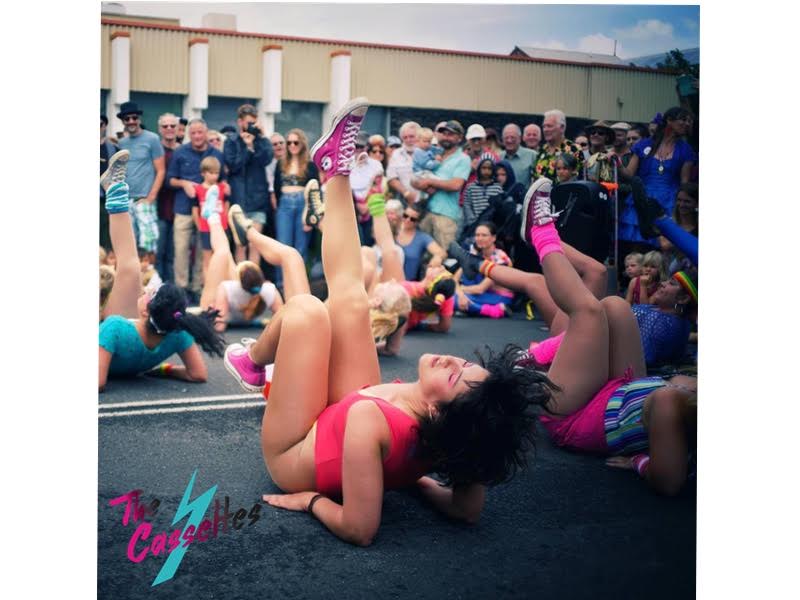 Whether from the grandstand or your couch (ahem), watching the Opening Ceremony of the Gold Coast Commonwealth Games tonight will be an absolute treat.

Keep your eyes peeled in the final act, 10-11pm, for Cassette dancers past and present.  They’ve been 1. Rehearsing and 2. Not revealing anything about the Ceremony choreography, costumes etc, for months!!  Most impressive. 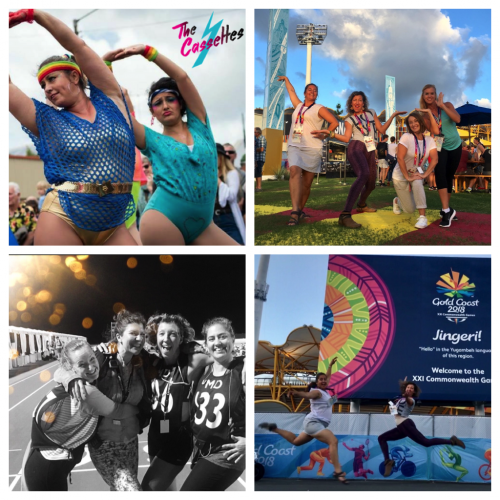 The Cassettes’ Flashmob Dance Company are also performing on the Broadbeach Roundabout Stage, within the Arts Precinct of the Commonwealth Games, for the “Yes, We Dance” program, provided by Bleach* Festival.

It’s a stage, build on a roundabout = awesome use of public space.

Watch The Cassettes’ Flashmob Dance Company tribute to the Commonwealth Games!
Moscow by German pop-act Genghis Khan was released in Australia in 1980: the year of the Moscow Olympics.

Watch The Cassettes’ Burleigh Mix Tapes tribute to the Commonwealth Wealth games.
Featuring the INTENSE tunes of Little River Band’s 1984 Playing to Win,
the dancers explore the theme of women in sport: a lighthearted feel with serious edge!

Words to relate and aspire to!  This is the tagline of Fierce Girls, a fantabulous ABC podcast, which happens to be written by Bangalow unicorn Mix Tape dancer, Sam Turnbull.

This episode about Cathy Freeman blew my socks off.  Cathy was the first Australian Indigenous person to become a Commonwealth Games gold medallist, in 1990.  She then went on to kick ass at the Sydney 2000 Olympics.  Watch her winning gold here.
I find this race so moving, and cannot help but cry every time!

And this is before listening to the podcast!  Not to give too much away, but Cathy was forced to receive 2nd place as a young teen at zone races, despite winning by a mile, because of racist judges.  As I listened, my face was burning with injustice!  And then glistening with the glee of a well deserved victory.

It’s fascinating to hear the personal story, behind 48.63 seconds of unforgettable public success.