Now it’s time for some educational television viewing.  The Cassettes story as told by: 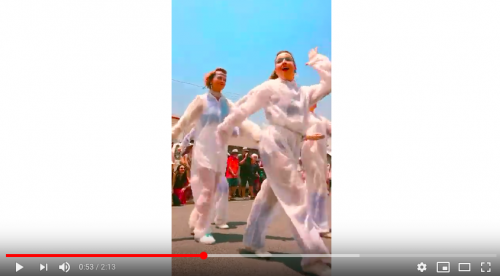 The true story of The Cassettes

Or!  You could read the true story, from the horses’ mouth (visualising a my little pony, if you please), right here.  We’re taking it back, to 1986 in the land of The Big Pineapple, on the Sunshine Coast where it allllll began.

1986.  Marissa’s sister Pia, my cousin Alex and her neighbour-slash-best-buddy Lauren are choreographing with fervour to The Cars Greatest Hits, The Escape Club, Bananarama and Salt n Pepa.  Props, use of levels and audience participation were important even then: notice the baskets used to throw lollies at their parents to keep them engaged during performances. 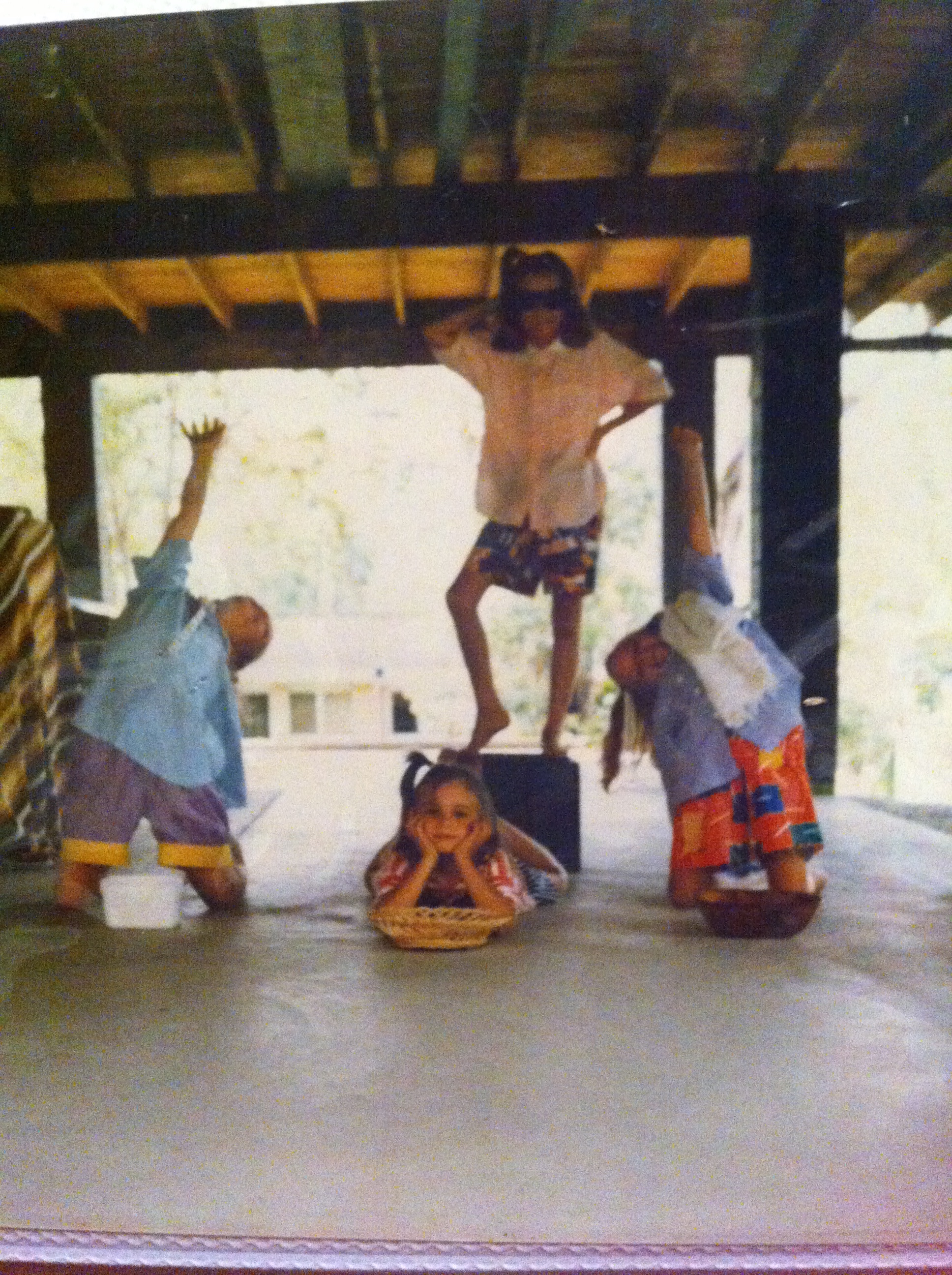 2013.  The original cast of The Cassettes Flashmob Troupe is born!  Buzzing after flashmobbing Don’t Stop Believin’ at a roller derby scrimmage in Byron Bay. 1999 – 2010.  Marissa learned more about leading groups and making dance theatre, through developing her own work as a grant recipient, and performing in other artist’s material throughout Brisbane, Melbourne and Byron Bay.  She remembered how much fun it is to be involved in a show, and in dancing with passionate and creative people.  Yet something was missing…. 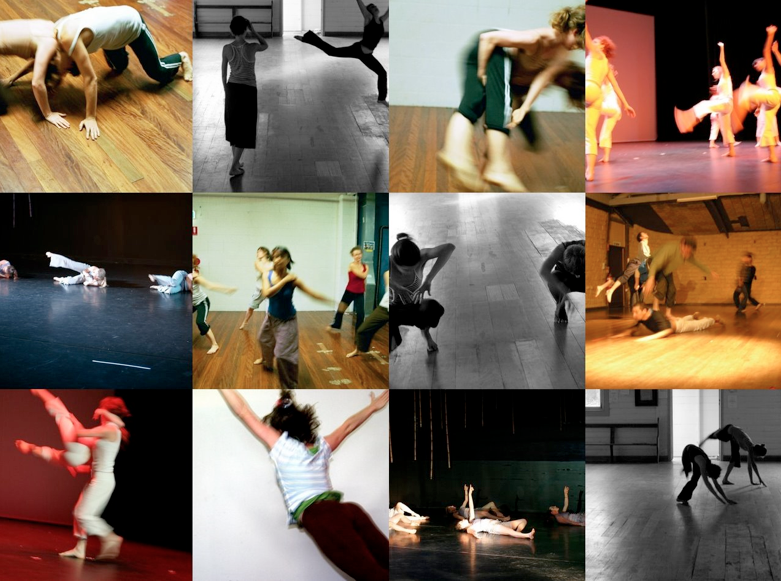 The question.  Marissa could feel an urge growing.  A crazy urge.  She wanted to inject fun and humour into the dance world.   To mess up the seriousness, while retaining the beauty and complexity of contemporary dance and choreography.  Most of all, she wanted to make and share performances that actually connected with the audience!  She wondered: Could dance be silly and smart at the same time?

2011.  It was on a super fun trip to New York, dancing the night away to a hilarious 80’s cover band, the Ronald Reagan’s at Brooklyn Bowl, that the lightbulb moment occurred. Mid running man, Marissa realised: she could combine her 80’s pop culture childhood (aka, her happy place), with her love of contemporary and jazz dance and choreography, and working with groups.  Yay-balls!  It was a match made in artistic heaven.  What could have turned into a Frankenstein, instead turned into a team of Super Freaks called The Cassettes. 2011 – 2012. Back in Australia, Marissa immediately began mucking around choreographing and putting on 80’s flashmob performances, with friends.  Laughing her head off throughout the creation of Push It, and hearing the amazing feedback, was a sexy neon sign from the universe saying, “Keep Going”.  Push It has since been performed by The Cassettes’ Flashmob Troupe at Splendour in the Grass, Byron Circus Arts and other special events.

Let’s Get Physical was originally devised as a duo with Marissa and Paula, for a friend’s 40th birthday party; later developed and performed by The Cassettes’ Flashmob Troupe at Mullumbimby Music Festival, featured in a film clip, and other events.  Let’s Get Physical features pool noodles with authentic 80’s aerobic choreography – another winning combination.

80’s parties, what other zany ideas have they helped to birth?

2013 – 2016. The Cassettes, 80’s Flashmob Dance has been running as a truly outrageous dance school since 2013.  It is now home to over 50 consistent dance students, stretching from the Gold Coast to Byron Bay.

Marissa, The Cassette Teachers, the Flashmob Troupe Gig Manager, Social Media Whizz, Tech Man Jake and all of the dancers contribute to making The Cassettes run like magic:

Where are they now:

What started as a radical and fun idea, is now a radical and fun reality.  The true colours that shine through The Cassettes, continues to be the warm-spirited team work, that blends so hilariously with 80’s songs.  Nothing’s gonna stop us now because we are living on a prayer.  Combined with beautiful choreography and high-quality teaching, and wrapped up in a rainbow of lycra, dancing with The Cassettes on the east coast of Australia is an experience that shows heaven is a place on earth.  Dance in Mullumbimby, Byron Bay and Burleigh Heads with The Cassettes 80s Flashmob Dance. 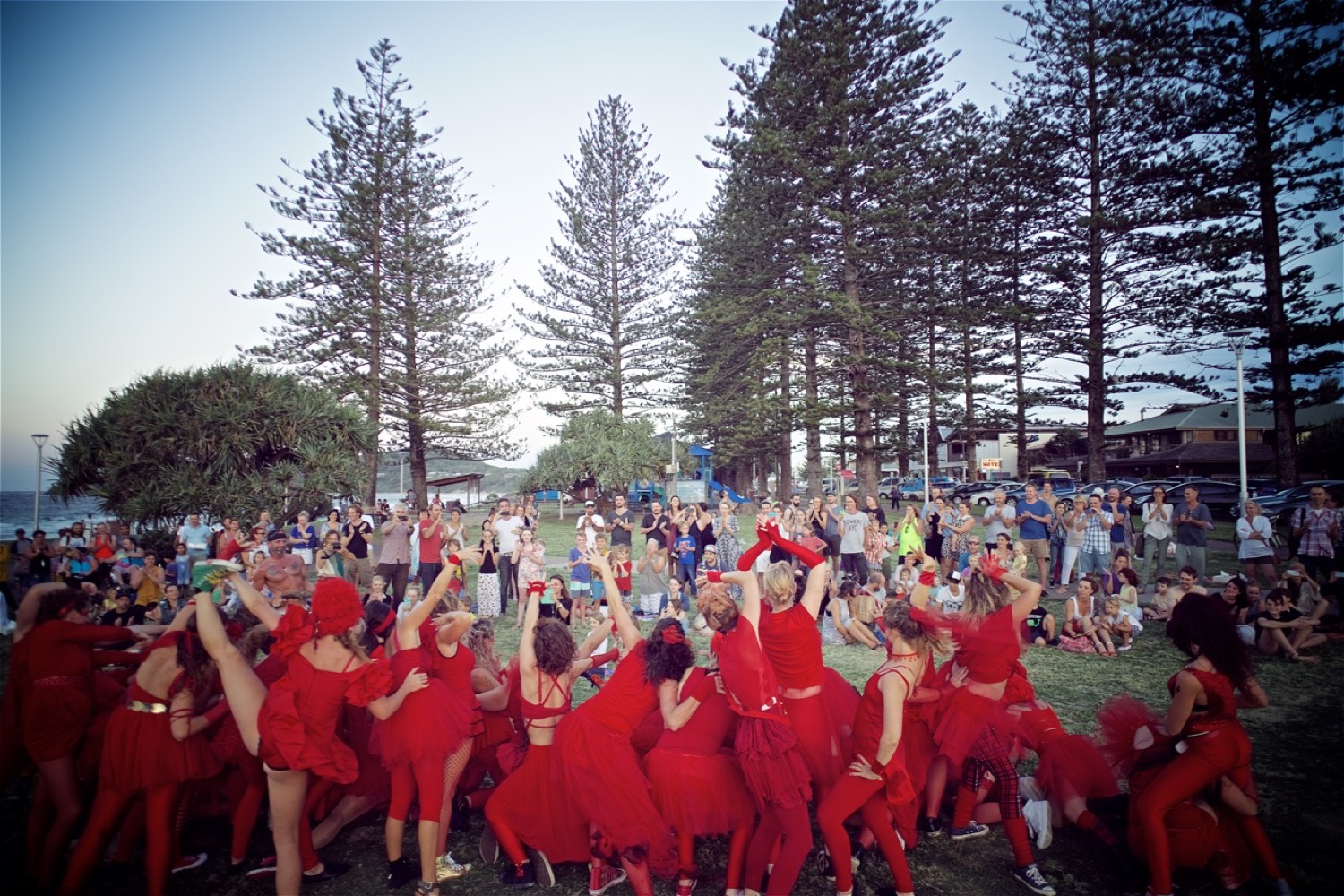 Never gone give you up