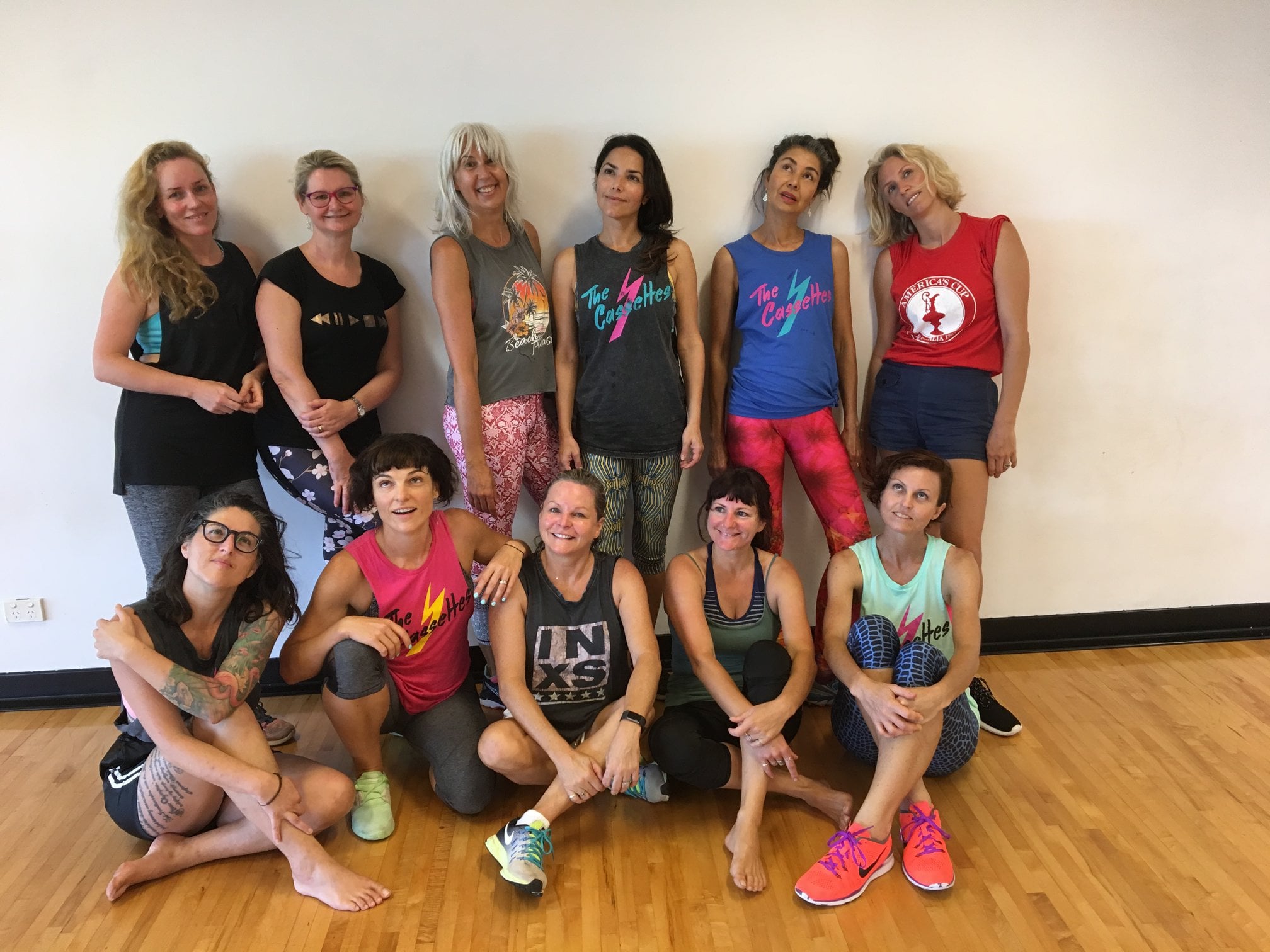 Kim Goodrick is a mum of two. She’s been a Cassette since 2016, first dancing to synth-pop track Whip It in our Byron Mix Tapes 80s Dance class.

Warm, cheerful and shy, we’re lucky to still have her dancing with us.

She was just venting her thoughts “after a couple of wines”, but it struck a chord with many living in Byron Shire.

Here’s a summary of the “living nightmare” Kim has been through recently, to put her insights into context:

Two years ago, her then 15 year old son Connor was out walking with a friend, at Tallows Beach near Byron lighthouse.  They followed a track near Cosy Corner, leading around the headland toward Wategoes.  The boys got to a point where the track became unexpectedly narrow.  Loose shale gave way underfoot, and Connor slipped and fell 15m, landing on solid rock.

One side of Connor’s skull was shattered, with bone fragments entering the left side of his brain.  Kim and his family didn’t know if Connor would survive, and if so, how severe the brain damage would be.  Learn more about the accident and Connor’s recovery here and here.

Having experienced what it’s like to almost lose her child in an accident, Kim understands the role of luck in life.

Being a thoughtful and caring person, this has led her to reflect on how luck plays out in white privilege and so-called success:

To give a nod to luck, is to experience humility.

It’s acknowledging the “things I can’t control” aspect of the Serenity Prayer.  Popularised by Alcoholics Anonymous and originally written by American Theologian, Reinhold Niebuhr in 1932, this is how it first read:

“Give us courage to change what must be altered,
serenity to accept what cannot be helped,
and the insight to know the one from the other”

I love supporting women to be proactive: to do what we can to nudge our lives in a shimmery direction of our own choosing.  At the same time, it’s really important to acknowledge that privilege / luck plays a direct role in our situations.  Accidents like Connors show that we don’t create our entire lives: it’s an unsettling truth.

Sometimes the only thing at our disposal is a perspective shift, to somehow bear the unbearable, and if we have it in us, to be grateful for what we have. Including the bullets we’ve dodged.

Thanks to Kim’s campaigning, warning signs have since been erected

The luck of visitors to Byron lighthouse appears to be on the rise:  There have been no rescues since the warning signs were installed.