How to stop violence against women 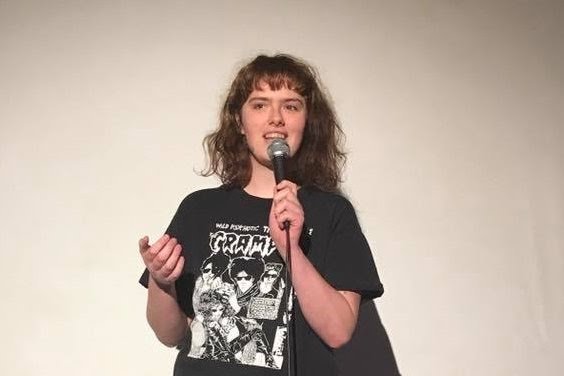 22 year old emerging artist, Eurydice Dixon was raped and killed walking home from a gig last Tuesday night in North Carlton, Melbourne.  19-year-old Jaymes Todd, a stranger to Dixon, turned himself in the next day.

A few hours before her death, Eurydice had performed a comedy routine in a cozy pub nearby, which explored (of all things), gender equality.  According to friends, she’d had a great gig, and left in high spirits.

It may be tempting for some to wonder, “What was she wearing?” Baggy black trousers and a winter coat.  Hmm, there goes that theory.

Or to question the wisdom of walking home alone at night through a park, as the police suggested after finding Eurydice’s body: “Just make sure you have situational awareness, that you’re aware of your surroundings.”  Yikes.

Is it possible we’re looking in the wrong direction (the victim), and missing the real issue (the perpetrator)?

Top tip to prevent women from being raped and murdered: don’t rape and murder them

Our parks, homes and streets should be safe.  Full stop.  The only predator we should be seeing in the bushes at night, is on a faded VHS cover in a dying Video Ezy store.

In this excellent speech, Premier Daniel Andrews speaks good sense, “Go about your day exactly as you intend, on your terms, because women don’t need to change their behaviour. Men do.”  Strong words for strong statistics: one woman a week is killed in Australia in domestic violence situations alone.

Hope from the silly suits

As Leader of the Opposition Bill Shorten said in The Guardian, “Nothing she did or didn’t do in any way makes her responsible for what happened.  Walking home should not mean that you are risking your life.”

In a statement that needs to be backed up with meaningful action, Prime Minister Malcolm Turnbull said, “Women must be safe everywhere…”

Channel 9 also expressed themselves well, with newsreader Sylvia Jeffreys expressing what many of us feel.  We need, “To send a clear message…that there is zero tolerance for violence against women.  If perpetrators aren’t held to account, they’re violence is normalised… It’s also on every one of us to keep this dialogue going.  To look out for one another, and to continue to apply pressure on the men and women we elect.” Candlelit vigil at Princes Park in Melbourne, with 15,000 people gathered.